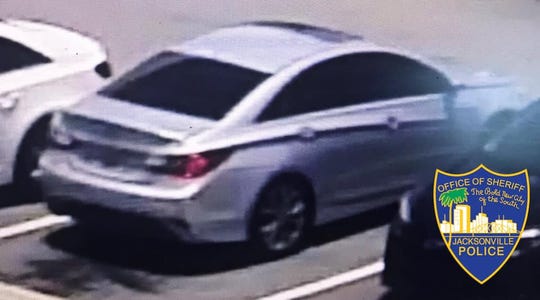 JACKSONVILLE, Fla. — A 20-year-old man waiting in line for a job at Amazon was ambushed and killed Monday in a shooting that also wounded two bystanders at the company’s warehouse here, according to law enforcement officials. .

The victim was standing in line with about  six other applicants at the center shortly before 2 p.m. when two men jumped out of a silver car and took aim at him, Jacksonville Sheriff’s Office Assistant Chief Brian Kee said.

“These suspects ran directly up to this victim and indiscriminately began shooting handguns in his direction,” Kee said in a press conference.

“… It is not random. It was specifically targeting this victim.”

Shooting leaves one dead and two wounded on the City’s Northside.

Asst. Chief Brian Kee held a news conference today in reference to the shooting that took place in the parking lot of the Amazon facility in the 12900 block of Pecan Park Road.

The gunmen ran back to the car, driven by a third person, and fled the scene, police said. Police released a photo of the silver car allegedly involved in the shooting.

Kee said police arrived on scene within three minutes of receiving a call about the shooting.

Kee said investigators do not have a motive, saying a total of 10 people inside and outside the Amazon facility witnessed the shooting.

“This does not involve any Amazon employees at this time,” Kee said. “These were prospective employees, people trying to get jobs, but no one that actually worked for Amazon.”

Amazon called the shooting a “tragedy.”

“Our thoughts and prayers are with the victims and their families, and all those who have been impacted by this incident,” Amazon said in a statement to USA TODAY. “We are working closely with the Sheriff as they investigate.”

Carmelo Pinero said he was on his way to pick up his wife when she called to tell him what was happening. Pinero said every employee was evacuated to a break room about 2:10 p.m.

“She was a little scared, but she had no idea what was going on,” Pinero told the Florida Times-Union, part of the USA TODAY Network. “She was just told that they were moving everybody to the break room, then moving them away from the break room and the windows.”

How to see your Amazon Prime Video purchases on any device

How to see your Amazon Prime Video purchases on any device